The
ever-changing smartphone industry sees changing trends every new day
and we still have new smartphones every months from Apple and other
manufacturers.

A myriad of smartphone manufacturing companies have
changed their strategies to survive the brutal competition of the
smartphone arena. The increasing demand for updated and upgraded
products has seen several companies adopt different methods. Apple did
not change its strategy to gain stardom, but relied on producing state
of the art products for its users. The company has survived the
competition so far with its simple approach. 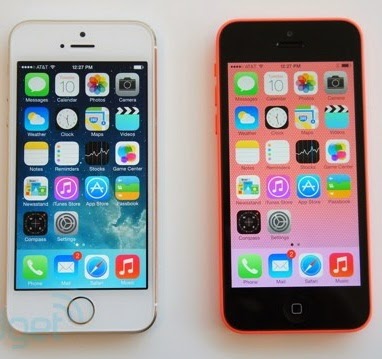 Apple has claimed
stardom by designing and manufacturing premium smartphones for its
users. Earlier last year, Apple came out with not one, but two
smartphone offerings. The previous flagship variant, the iPhone 5S was
gaining recognition in the market when its sibling, the iPhone 5C was
released. Apple fans had two iPhone models to choose from, catering to
their need and budget. The 5S offering being a flagship variant of the
company was equipped with latest features and a powerful spec sheet.
Meanwhile, the iPhone 5C came at a lower price and more color options,
providing the
smartphone a snappy punch.
Comparison of the
previous flagship variant, the iPhone 5S to the new and snappy iPhone 5C
would help you understand the differences of both these offerings from
Apple.

Processor Comparison
Apple
iPhone 5S incorporates the state of the art A7 dual-core processing
unit, clocked at top 1.3GHz speed. The processor includes a unique
64-bit technology, introduced for the first time in a smartphone. The
technology aims to enhance the functionality of the phone. In
comparison, the iPhone 5C comes equipped with a lower A6 dual-core
processing unit, set to run at a similar 1.3GHz speed. Had it not been
the 64-bit technology accompanying the A7 processor, it would have been
difficult to tell which smartphone is quicker.
The iPhone 5S and
5C are both snappy phones in real time performance. The 64-bit
processing unit of 5S aids the developer to implement and take advantage
of various things. The true power of the 64-bit technology can be seen
with heavy games being efficiently played on the iPhone 5S. 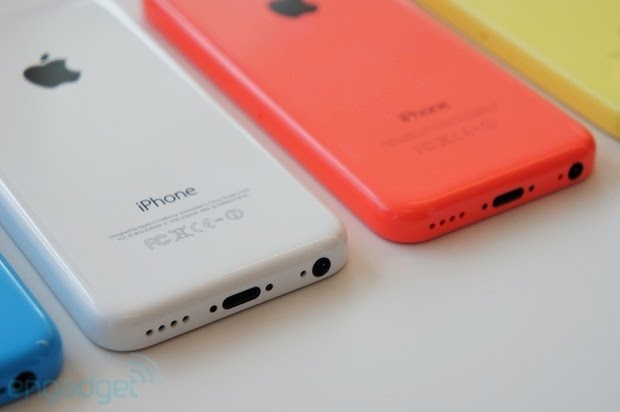 Battery Life Comparison
Both
these offerings from Apple, with moderate usage, would last a day.
Regardless, heavy usage of both these smartphones would render the 5C
triumphant over battery life offered by the previous flagship variant
from Apple. The iPhone 5C battery would last up to 12 hours, whereas,
the iPhone 5S would last up to 10 hours of heavy usage.
Price Comparison
The
iPhone 5S, being a flagship variant is more expensive than 5C offering.
The 5S is available for $200. Meanwhile, the iPhone 5C is available at
$100.

Computer Hiidee
2
The latest window from Microsoft is now Window 8.1 which is an upgrade for other version of windows like Window 7, window vista,...

How To's shekhar
0
We all will agree with the fact that, currently iPhone is one of the most popular smartphones on the market and every person wishes...

How to Disable Read Messages (Blue Ticks) On WhatsApp

Android Hiidee
0
The Chat Messaging Service which was acquired by Facebook has now becomes the world most populous and best chatting apps. After Facebook acquired this...

Point Godaddy Domain to Blogger Now with this Simple Guide

Blogger Hiidee
3
I bought a domain from godaddy, headup to google for guide on how to point it to my blogger blog, fortunately I saw many...

Blackberry Hiidee
0
You can subscribe to any of Etisalat blackberry plans and enjoy the superfast speed etisalat offers. what’s more, you even get an option to...